On Location in Central Park 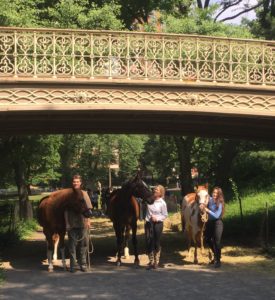 Bond, Lily and Billy enjoy Central Park where they are filming a TV show.  The cast and crew fell in love with them all and the crowds passing by stopped to photograph them hard at work. For more images from click on http://www.dailymail.co.uk/tvshowbiz/article-3650898/Hilary-Duff-whispers-horse-s-ear-films-latest-scene-TV-Land-s-Younger.html 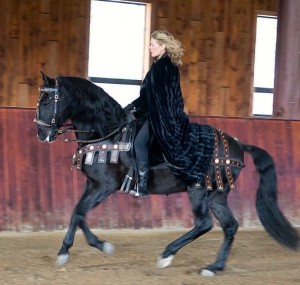 Enter Through the Front Door 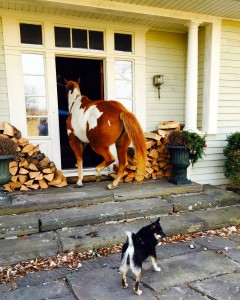 Lily and Rune are coming in the house for essential oil treatments, check out the healing power of these oils on my wellness page 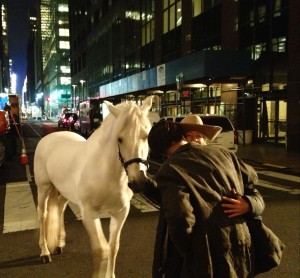 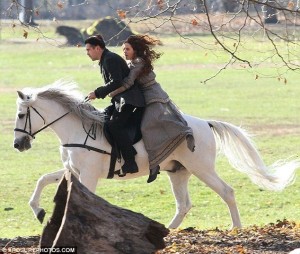 To whom it may concern,

I had the great fortune to spend many months working with Cari Swanson between August 2012 and around February 2013.

I was shooting a film named Winters Tale in New York City during what was a brutally cold winter. The conditions were hard on all concerned and yet I have many fond memories from that time. Working with Cari was one of my fondest of those memories. Her love and deep deep care and regard for the horses that she let me ride while training, plus the animals that were eventually used for filming, was so obvious and beautiful to observe.

Cari nearly died in a horse riding accident. That she would literally get back in the saddle and spend her life committed to the love and care and training of horses is a testament to the fact that they are her one true passion in life.

I have worked with many horse trainers through the years. If only they were all as patient and compassionate and learned as Cari.

There is no pillow so soft as a clear conscience. French proverb 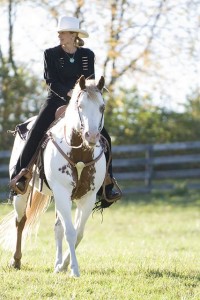 Be thankful for what you have and generous to all. 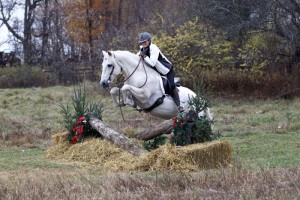 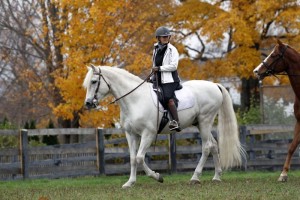 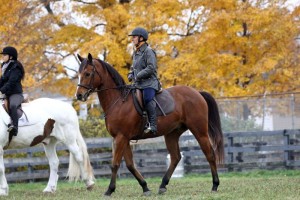 On Location with the Magnificent Listo 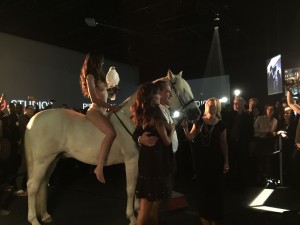 Federico celebrates 20 years of Pier 59 with Kiki mounted on the magnificent white stallion, Listo who was unfazed by the  beautiful white falcon and the mob of photographers capturing this special moment.

Flashback with Bella at Dressage at Devon 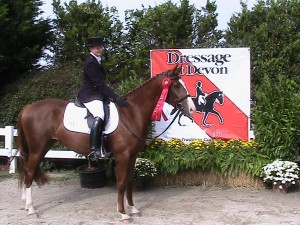 Great memories of training Bella for Diana Murphy of Best Sporthorses who has several more up and coming stars at her farm.  Diana has a great eye for a Champion.

Goldie On Location with Person of Interest 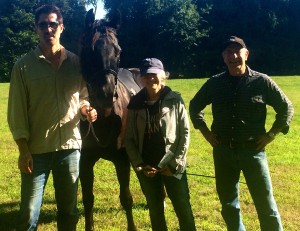 Goldie was a pro on set of Person of Interest in Long Island.  She was patient with the cast and crew for many different takes of the same scene.  Many thanks to Paul and Nancy of All Tame Animals and Dean for his assistance. 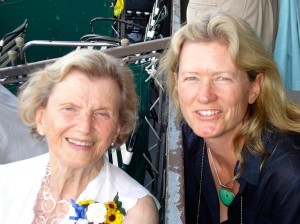 We are looking to interview women born before 1925 who will participate in a documentary Nine Decades.  The wisdom and experience of these women is important to record for future generations.  If you know of anyone please contact me.

Do you recognize this amazing woman with me at the Belmont???